The re scheduled Summer Knights Car Show is set for this Sunday, May 20th, from 9-3. Bring out your NEAR cars and have a great time! 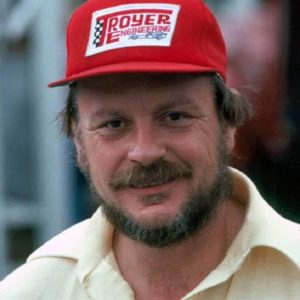 Automobile racing in the Northeast lost a giant on Thursday, May 10, when Maynard Troyer died after a long illness. He was 79.
​Troyer rose to prominence in the 1960s, the perfect era for his creative mind to exploit the loose rulebooks of the day. Endlessly tinkering with innovative cars that looked nothing like those of his competition, he soon became a fan favorite. By the dawn of the ’70s, Troyer had established himself as one of Modified racing’s premier drivers, securing track championships at Lancaster Speedway (where he would ultimately capture four titles), Spencer Speedway (where he won more feature races than any other driver), and Fulton Speedway. He was also crowned champion of the All Star League in 1970, at the absolute zenith of that region-wide, multi-track series.
​As the decade progressed, Maynard and his poppy red #6 cars – owned and sponsored by Ford dealer Dave Nagle – began to regularly venture beyond his home state. Truth be told, few drivers stomped up and down the East Coast with the authority Troyer displayed. He won from Cayuga Speedway in Canada’s Ontario province to Florida’s New Smyrna Speedway, and at numerous points between. Among the tracks he conquered were high-profile venues like the Richmond International Speedway in Virginia, New Jersey’s Trenton Fairgrounds Speedway (the 1976 Race of Champions), Pennsylvania’s Pocono International Raceway (the ’77 edition of the ROC), the Stafford Motor Speedway in Connecticut (three straight Spring Sizzlers, 1977-79), and the Oswego Speedway in his native New York (both the Budweiser 200 and Port City 150).
​If his legacy as a driver was enormous, his impact as a car builder was incalculable. In the first half of the ’70s, rival team owners lined up to purchase the equipment Maynard had raced the previous season. But after his 1977 split with Nagle, Troyer attacked car building in earnest, hanging out his shingle under the name Troyer Engineering.
The company’s initial focus was the asphalt Modified market he knew best, and Maynard was his own best marketing tool. In 1978, Troyer and his house car – a gleaming white Pinto with a highly offset chassis – had a blistering campaign, winning a NEARA series crown and scoring 36 victories in 54 starts. It was one of the most productive seasons any Northeast driver has ever put together. In no time at all, Troyer found dozens of customers in New York, New England, New Jersey, and Pennsylvania, and his products won major races and track championships in the hands of pavement superstars like Ron Bouchard, Greg Sacks, Bugs Stevens, George Kent, and, of course, Maynard himself.
​In 1981, Troyer jumped into the dirt-track world. Rather than dipping the proverbial toe in the water, he cleared the pool with the cannonball splash of the Mud Buss, his take on a dirt Modified. Instantly a winner with development driver Alan Johnson, Troyer’s dirt machines were soon in the hands of legends like Will Cagle, Merv Treichler, and Jack Johnson, and their success only increased demand for the cars. Checkered flags waved over those early Mud Busses at tracks in New York, Pennsylvania, New Jersey, and in Canada.
​His success as a manufacturer played a large role in Troyer’s decision to call time on his driving career. In the autumn of 1982, on the cusp of his 44th birthday, Maynard pulled off his helmet and gloves for the final time, closing an epic chapter in the sport.
​In the years that followed, he became the region’s preeminent builder of race cars, hands down. Troyer watched his creations win multiple championships on the NASCAR Modified Tour, in the Super DIRT Series, and on every other Modified circuit of consequence. It was a hectic period for Maynard, and as the ’80s closed he began the process of stepping back to enjoy the fruits of his labor. Longtime employee Billy Colton – who had been a winning Troyer chassis customer – became managing partner of the Rochester business in 1989, and later the sole owner of what is now Troyer Race Cars. Meanwhile, Maynard kicked back and fiddled with hot rods, boats, and the other toys one would expect a mechanical wizard like him to appreciate.
​Though widely considered a New Yorker – particularly by his legion of fans in the Empire State – Troyer was actually born in Ohio, and spent his early adulthood in Florida. But once he came north and turned his attention to going fast, he belonged to racing more than to any given point on the map. Maynard Troyer’s real home was Victory Lane.

Mother Nature took the start of the New England Antique Racer’s season by storm on April 29, 2018.

The annual Summer Knights Show was stopped in it’s  tracks by rain at the Berlin Lions Fair grounds in Berlin CT. The early morning rain deterred many folks from making the yearly trek to show number one. Not surprisingly, the hardy members of NEAR were there waiting for the start of the season.

In attendance waiting when John Jarush, of  the Summer Knights, made the decision to pull the plug were:

The weather continued to be poor after the 9:10 a.m. decision to call it a day. The Summer Knights went to work with the facility owners, the Lions Club, immediately. Mr. Jarush established a new date, with the same sign in time and venue on Sunday May 20, 2018.

John hopes to see everyone who did not make the trek this time on Sunday May 20, 2018, from 9 to 3. This is a huge fundraiser for the Knights, and NEAR’s long term association with this event has helped raise awareness for their causes.

Thanks again to those who attended, and we look forward to showing more cars on the new date.