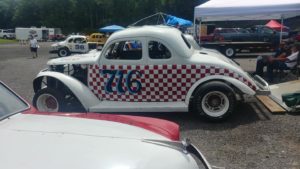 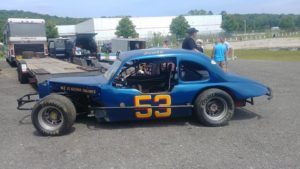 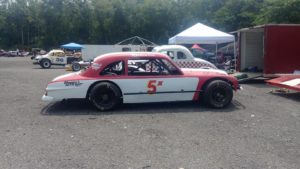 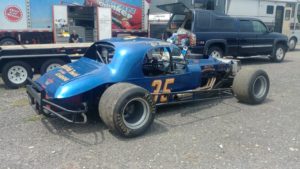 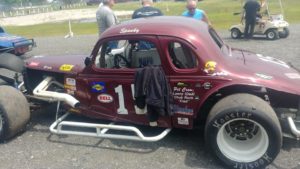 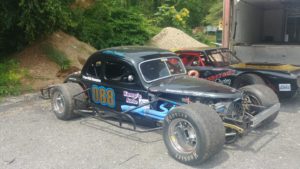 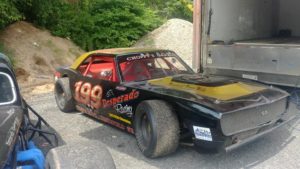 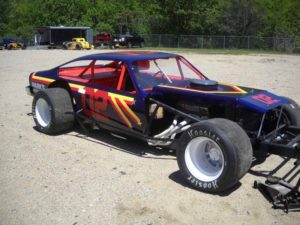 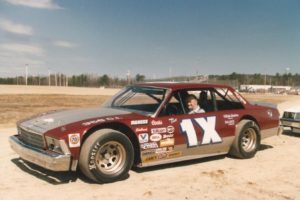 Gardiner Leavitt, the legendary driver, car builder, parts supplier, and Maine racing icon
passed away on Tuesday, July 17, 2018, with family by his side. He was 87.
Leavitt raced on the dirt of Beech Ridge Motor Speedway, the high-banks of Dover  (Delaware) International Speedway
and numerous short tracks in the  northeastern United  States and eastern Canada.
Affectionately known as “The Geezer from Kezar,” Leavitt’s 60-plus year involvement in
auto racing began at Beech Ridge Motor Speedway in 1951. His red and white No. 35
entry was a familiar sight for race fans around southern Maine.
When the original NASCAR North Tour was created in 1979, Leavitt decided it was time
to try something new. After 12 years competing in NASCAR events from North Carolina
and Virginia to the Maritime Provinces of Canada, Leavitt retired as a driver to take on
the new role of tutoring young drivers.
For over 50 years, Leavitt wore the hats of race driver, car owner, teacher, fabricator and
race parts supplier. Leavitt and wife June touched more lives and influenced more young
drivers than perhaps any other couple in New England. Leavitt was a member of the
Beech Ridge Motor Speedway Hall of Fame, the Maine Motorsports Hall of Fame and
was inducted into the NEAR Hall in November of 2017.
On behalf of President Paul Masse and full membership at NEAR, our thoughts and
prayers go out to June, Steve and the entire Leavitt family at this difficult time. Gardiner’s
impact on New England racing was huge, and his legacy will live on for generations to
come.
Story by Bill Henry
The New England Antique Racers will be appearing  at the
“Remembering Danbury Speedway” event at Bethel  Motor Speedway  on July 21, 2018. Michael Hager , of the Bethel Motor Speed way,  is inviting  all NEAR members to bring their cars to the Speedway on  Saturday July 21, 2018.
The pit gates open at  3 p.m. The track is  offering 2 warm up heats and a feature event for  the cars that want to take to the track.
Mike also said please bring cars for a still show,  he has plenty
of room.  Last year,  those who  attended enjoyed the event.
There  will be two free entry passes for each car , whether
static or running. The main event for the track cars will be
the Ev Pierce memorial race. These folks put on a good show,
with wheel to wheel racing.
Members of the SNYRA reunion committee will be there with Danbury items. The P A system was turned over to members who raced at Danbury,  to recall the memories of the track. The Grand Marshal will be a driver from Danbury, as well . Ev’s family will be there also.
​So come on out for a great evening of nostalgic racing, and honoring a driver who raced for decades in our cars of yesteryear!
Hope to see you there!!!
Bethel Motor Speedway
361 Horseshoe Lake Road
Bethel New York