Mr. Clark was a longtime resident of East Hartford, CT, prior to moving to Palm Coast, FL, in 1983. In East Hartford, he was active in the community serving as president of the East Hartford Little League in the 1970s and was a member of the East Hartford Elks Lodge #2063. Mr. Clark worked for Mashkin Freightlines from 1964 to 1983 where he was a member of Teamsters Local 559. In Palm Coast, he served as a volunteer firefighter in the mid-1980s, and over the years continued to be active in the Flagler County community as a member of the Italian American Club and Palm Coast Elks Lodge #2709. He also worked with the Flagler County Kiwanis. When first moving to Palm Coast, Mr. Clark worked for ITT Community Development Corporation at Palm Coast Home Realty as a property manager, and in 1992, worked with his wife to open Budget Property Management in 1992 until 2017.

Mr. Clark was an avid NASCAR fan and was a racing pioneer in his own right as he was a  founder of the New England Antique Racers Association (NEAR) with the original vision of preserving New England stock car racing history. He followed his father George Clark’s footsteps by serving as a NASCAR technical inspector and official from 1960 to 1982. Mr. Clark was also a Navy veteran who served onboard the USS Tarawa CV-40 from 1956 to 1958.

Along with his wife of 53 years, he is survived by his son, Jeffrey Clark and his wife Missy of Naples, FL; his daughter, Kelly Brandt, and daughter, Amy Bowes and her husband William of Palm Coast, FL. He also leaves his eight grandchildren, Adrianna Brandt, Jacob Brandt, Trevor Brandt, Samuel Bowes, and John Bowes of Palm Coast, FL, and Nicolette Clark, Madelaine Clark, and Charles Clark of Naples, FL. He also leaves his brother, George H. Clark, Jr., and his wife Rosemary of East Hartford, CT, and many nephews and nieces.

Friends and relatives are respectfully invited to a Mass of Christian Burial at St. Elizabeth Ann Seton Catholic Church, Palm Coast, FL, on Saturday, August 25, 2018 at 11 a.m. A visitation will be held before mass from 10:00 a.m. until 11:00 a.m. in the memorial room.

Mr. Clark was an avid animal lover and the family requests in lieu of flowers for any memorial donations to be made in his name to the Flagler County Humane Society, 1 Shelter Drive, Palm Coast, FL 32137.

The family of Mr. Clark entrusted the arrangements to Clymer Funeral Home & Cremations

8/8/18 ……. Sad day today. The first time I ever set foot in a race shop, on a night more than 45 years ago, it was Tom Ormsby’s little garage in Bristol, CT. His black coupe, shown here, was being attended to by Tom and a few other men. They were all blue-collar guys, and, after they had put in a full day’s work someplace, they were spending their evening hours helping get the #60 ready for Saturday night’s race at nearby Plainville Stadium. I’d been to a bunch of races by then, and I’d already fallen in love with the sport. But that visit to Ormsby’s shop showed me, for the first time, that racing was more about people than about machines, something that is true at every level of the sport. I lost track of Tom for a while after Plainville closed in 1981, but decades later he was at the forefront of the racing nostalgia movement in New England, and I’d sometimes see him when I returned home. In recent years he moved to Florida, and last night he died there after a long illness. Racers like him, those thousands of weekend journeymen, never completely understand how many lives they touch. RIP, Tom. — Bones

The New England Auto Racing Hall of Fame has announced its Class of 2018 with a decidedly northern flavor. The class has the highest percentage of new inductees from north of Massachusetts in the NEAR Hall’s 21-year history: Six out of the eight have strong ties to Vermont, New Hampshire or Maine.

Though his name may not be familiar to many stock car fans, Colchester’s John Buffum is the most high-profile inductee from the class. The driver, team owner and car builder is the most accomplished American in the history of rally racing, winning 118 events at the national level in the United States and Canada, three events internationally, and a pair of Pikes Peak Hill Climbs. Buffum was born and raised in Connecticut but has called Vermont home for more than 50 years. He can claim 23 national rally championships and one road racing title as a driver, and another 31 titles as a team owner and constructor.

C.V. “Butch” Elms III is one of two dirt track stars to be named to the NEAR Hall of Fame. The North Haverhill, New Hampshire native is undeniably one of the most accomplished dirt drivers in the Northeast, taking 136 documented wins and 11 track championships. Elms is best known these days as the owner and promoter of Bradford’s Bear Ridge Speedway — where the bulk of his success came in his driving days — which he has owned since 1989.

Ken Tremont Sr. also represents the dirt world, and is the only non-New Englander in the Class of 2018. The all-time greatest car owner and engine builder at Devil’s Bowl Speedway in West Haven, Tremont has 93 wins and 10 track titles (and counting) within the borders of New England, and he remains active with both his son, Ken Jr., and grandson, Montgomery, driving his cars. Tremont’s accomplishments in his native New York State — though they were not factored into his nomination by NEAR — bring his career totals to well above 350 race wins and nearly 50 championships.

As a driver, New Hampshire native Dick Glines won a championship in the highly-competitive Oxford Open Series and was a winner at several Maine tracks. As a crew chief, he was responsible for the rise and dominance of Robbie Crouch in the 1980s, winning 49 touring series races and five championships including three-straight on the American-Canadian Tour, and was Aube’s crew chief during his 1990 Busch North title run. As a fabricator, Glines built cars for eight additional Busch North championship teams, and his cars also won NASCAR Busch Series (now Xfinity) races.

Maine’s Pete Silva won more than 120 races on paved short tracks up and down the East Coast, and is considered to be one of the Southeast’s most legendary drivers. After winning Late Model Sportsman races in his native New England, Silva relocated to the Carolinas and won many races and track championships at places like Greenville-Pickens, Hickory and Asheville, racing against many drivers who went on to national prominence in NASCAR.

Stefanik, a Rhode Island racer and one of asphalt Modified racing’s very best, is a seven-time champion of the NASCAR Whelen Modified Tour and the series’ all-time winner with 74 victories. He was an outstanding driver in full-fendered equipment as well, winning Busch North Series and Modified Tour titles in 1997 and 1998. He was the 1999 Rookie of the Year on the NASCAR Camping World Truck Series and has hundreds of victories in weekly short track competition.

Christopher, who was killed in an airplane crash last fall in his native Connecticut, owns more than 370 victories in his career in an almost immeasurable variety of race cars, from Modifieds to Midgets to Super Late Models and more. Christopher was the 2001 NASCAR Whelen All-American Series national champion and the 2008 NASCAR Whelen Modified Tour champion. He is the all-time winner at both Stafford Motor Speedway (131 victories) and Thompson Speedway Motorsports Park (99).

The New England Auto Racing Hall of Fame induction ceremony will be held Nov. 11 at Maneeley’s Banquet Hall in South Windsor, Connecticut. The ticket order form can be printed by following the link below this story. 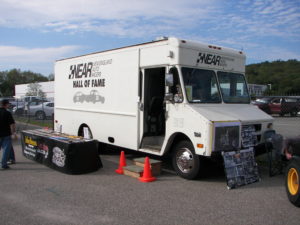 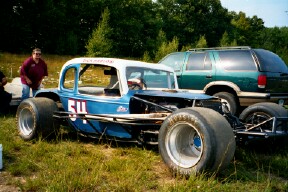 The NEAR Event at Seekonk has been postponed due to weather. We will be working on a  re-scheduled date! 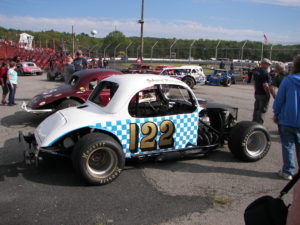 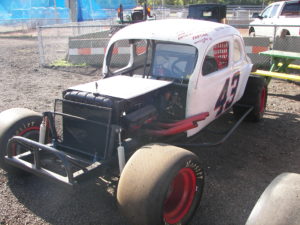 The 2018 Hall of Fame Class will be announced this Wednesday, August 8th, at the Thompson Speedway. Plans are well underway for this year’s annual induction banquet. It will be held on Sunday, November 11th, 2018. Doors open at 11 a.m., with dinner slated for 12 p.m. Please use  the form at the link below when ordering tickets for the event.