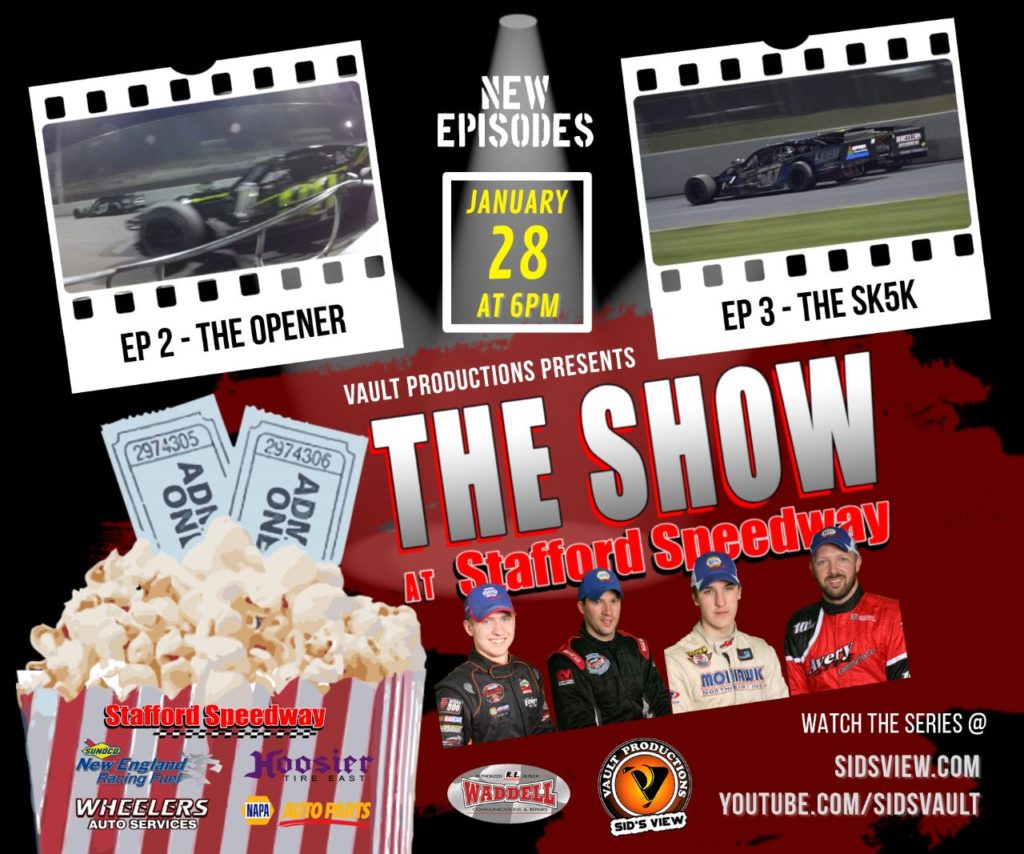 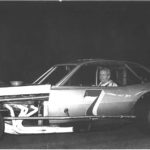 This morning brought the sad news that John Stygar has passed away. John never sought the limelight; hell, he usually HID from it. In this victory photo of Steady Eddie Flemke accepting a trophy at Fredericksburg, VA, in 1961, at the very dawn of the Eastern Bandits era, that’s John at the far right. He’s behind the trophy presenter, waiting for the hoopla to end so he can load up and hit the highway again. I’ve always maintained that the whole “Eastern Bandits” era may not have happened without John. After all, Eddie need a car owner adventurous enough to agree to haul his “dollar sign” coupe up and down the coast in the early 1960s. They won just about everywhere they went, dragging Denny Zimmerman, Rene Charland, Red Foote and others into the action. Later, in the red-hot small-block era of the mid-‘70s, Eddie won often in John’s #7 Pinto, scoring at Thompson, Waterford, Plainville, and no doubt a couple of other joints. Bugs Stevens, Gene Bergin, Denis Giroux, Denny Zimmerman, Fats Caruso, and Smokey Boutwell also steered John’s cars.  John’s place in Modified history is assured. The sport was built upon sturdy bricks like John. — Bones

John R. Stygar (81, born March 7, 1938) passed away peacefully on Friday, January 3, 2019 at St. Francis Hospital. John lived a long and wonderful life. He is survived by his sisters, Marion Howard and Joan Winslow, both of Bolton; his brother-in-law Jim Howard, also of Bolton; his niece Deborah Howard of Maine; and two nephews, James Howard of Manchester, and Craig Winslow of Southbury. Born in CT, John attended St. James Elementary School and graduated from Manchester High School. He was a lifelong resident of Bolton, CT. John was self-employed, owning and operating Manchester Sweeping and Stygar Snowplowing. John was an ardent auto racing enthusiast. He owned a race car and as part of a team, he enjoyed much success at tracks throughout the Northeast. One of his greatest joys was restoring a 1955 Chevy. John was known as a kind and compassionate man who would help anyone who asked. John was an avid collector; we will always remember John saying to us, “Ya never know when you’re going to need it.” He was also an organ donor. To celebrate John’s life, please join the family for calling hours on Sunday January 12th from 4-7 p.m. at the John F. Tierney Funeral Home, 219 West Center Street, Manchester. Funeral Services will be held on Monday, January 13th at 9:15 a.m. from the funeral home with a Mass of Christian Burial celebrated at 10:00 a.m. at St. James Church 896 Main St. Manchester, followed by burial in St. Joseph Cemetery, Willimantic. Donations may be made to Joe Niekro Foundation Brain Aneurysms, AVMs & Hemorrhagic Strokes GIVING at www.joeniekrofoundation.com/ways-to-give/general-donation/ A special thanks to the staff at St. Francis Hospital for all their care and attention to such a wonderful man. For online condolences, please visit www.tierneyfuneralhome.com

Important Notice to NEAR Members:

The Annual meeting initially planned for Sunday, Jan.12,2020 has been postponed. The recent loss of our beloved Treasurer, Newsletter, and Membership Chairman Val LeSieur has presented issues that cannot be resolved quickly. We are working to solve these issues and put new people in place.

There will be Elections of Officers at the meeting per By Laws changes from last year. I will be running once again for President, and the rest of our officers, as well. Officers will be elected by a simple majority of votes by those present at the meeting.

Anyone interested in filling a position on the Board of Directors or Advisors, contact Rich at (860)209-7343 or rgoucher@comcast.net. Please do so by  Friday, Jan. 31st, 2020 to allow time to put your name on the ballot for the meeting. Thank you.