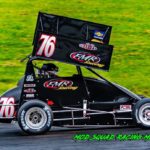 Frank Manafort,78, passed away peacefully on February 1st 2020 in Stuart, FL. He was born December 7th, 1941 in New Britain to the late Frank and Ida (Orioli) Manafort. Frank is survived by his wife Elizabeth Manafort of Palm City, FL; sister Angela Manafort of Berlin; step daughter Jennifer Hickey of Arlington, MA; daughter Lana Manafort (JR Mancini) of Plainville, CT; son William (Heather) Manafort of Avon; daughter Liza (Nathaniel) Totz of Plainville; daughter Lauren Manafort of Farmington; his grandchildren, Daniel and Devon Nanowski of Plainville, Lola Hickey of Arlington, MA, Olivia and Owen Manafort of Avon and Vincent Totz of Plainville. He is also survived by his nieces, Lorraine Steele of Utah and Shana Manafort (Brian Ely) of Berlin and his great nephew, Brody Ely of Berlin. He also leaves behind his partner in crime “Rusty”. He was predeceased by his twin sister Carol. He also leaves behind many beloved cousins and friends. Frank along with his cousins Jim and Jon took over a small demolition company from their fathers in 1967. Frank was instrumental in forming the Site Work and Concrete divisions of Manafort Brothers which allowed the company to perform a large portion of the civil construction at both Foxwoods and Mohegan Sun casinos. Frank also began bidding highway work and successfully constructed many of the roads and bridges in Connecticut until his retirement in 2008. He was a generous, loving, loyal and fearless man, in every aspect of his life. A wonderful example was in 1980 when after hearing an explosion he entered a building and saved the life of an injured woman. Frank’s positive attitude and fearlessness was in abundance in his last year of life battling cancer. Frank, with his contagious laugh and beautiful smile, shared his passion for life in everything. He was an avid reader and a man of many “hobbies” and seemed to live his life by the words “go big or go home” in everything he accomplished. He had a lifelong love of boating and most recently enjoyed his voyages with his Grady White Club in FL, traveling throughout the US in his Coach and riding his motorcycles. He had an absolute love of animals both in his everyday life and in raising, breeding (producing many national champions) and showing cattle at his Black Watch Farm in VT where he produced Black Watch Farm beef and was known famously for his Frank’s Franks. He had a lifelong love and passion for both asphalt and dirt racing starting as a teenager with Stock cars at Tinty’s track in Plainville, Legend cars up and down the east coast, until the end of his life with USAC midgets throughout the US, winning many championships along the way. Traveling the world, he experienced a life changing meeting with Pope John Paul. His faith was such an important aspect as to what made him so special, as demonstrated in his more than 30 year relationship with the Marian Fathers. With his partner in faith Father Kaz, he participated in the first and second Apostolic Congresses on Divine Mercy in Rome and Cracow. Through his generosity, guidance and knowledge he assisted in many construction and upgrade projects for the Shrine of Divine Mercy in Stockbridge MA as well as helping refurbish the Oblate Sisters of the Most Holy Eucharist convent in Guadalajara, Mexico. It is with grateful hearts and a sense of comfort and peace that we will celebrate Frank’s life on Sunday February 9, 2020 with calling hours from 3-8 PM at Erickson-Hansen Funeral Home, 411 South Main St., New Britain. A Mass of Christian Burial will be celebrated on Monday, February 10, at 11 AM at St. Ann’s Church. Burial will follow in St. Mary Cemetery. In lieu of flowers the family requests donations be made in memory of Frank Manafort Jr. to the National Shrine of Divine Mercy, Stockbridge, MA 01262 and/or to Treasure Coast Hospice Foundation, 1201 SE Indian Street, Stuart, FL 34997-5688.

(February 1, 2020)………Frank Manafort, whose FMR Racing cars drove to victory lane eight times in USAC NOS Energy Drink National Midget competition with drivers Brady Bacon and Jason McDougal over the past four seasons, passed away February 1, 2020 at the age of 78.

Manafort, originally from the northeast, but residing in Palm City, Fla., was the owner of the winning car in several marquee events with the series between 2016 and 2019.  His first victory came with Brady Bacon behind the wheel for a $20,000 payday at the Jason Leffler Memorial at Wayne County Speedway in Wayne City, Ill. in 2016.

In fact, Bacon accrued six of Manafort’s eight wins as an owner with the series, including a two-night sweep of the Kokomo Grand Prix at Kokomo (Ind.) Speedway in 2017 and a win in the penultimate round of the season, the November Classic at Bakersfield (Calif.) Speedway.  FMR and Bacon continued its winning ways in 2018 with a score in the inaugural BC39 at The Dirt Track at the Indianapolis Motor Speedway.

“So sad to hear of the passing of Frank Manafort this morning,” Bacon posted on Twitter Saturday morning.  “Racing for FMR has been a highlight of my career.  Frank was a great friend and great man.  We will miss you my friend.”

Additionally, Manafort won 39 times as a car owner with the USAC DMA Midget series between 2013 and 2016.  His teams swept all 13 races on the schedule in 2016, the first two with Josh Sunn and the final 11 with Adam Pierson.  The 11-race win streak by Pierson in Manafort’s car tied the record for the longest winning streak in USAC history with Billy Boat’s 1995 Western States Midget season.  Together, Pierson and Manafort won three-straight USAC DMA titles between 2014-15-16. 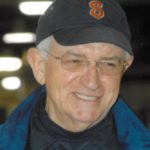 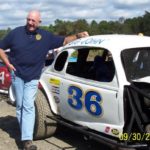 John “Big John” Patrick Kershaw, 76, of East Hartford, loving husband and soulmate for 38 years to Donna (Klein) Kershaw, passed away too soon from cancer, surrounded by his family and friends on Friday, January 24, 2020. Born in Hartford on December 5, 1943, he was son of the late John P and Dorothy V (Norman) Kershaw and has lived in East Hartford his entire life. He served in the Army National Guard and retired from the Town of East Hartford after 49 years as Parts and Project Coordinator. Loving all things on wheels, he enjoyed stock car racing, built his own car and was involved in many racing circuits. In the past he enjoyed bicycling and traveling by train, but was happiest when he hit the open road with Donna. He became involved with the local music scene to support his Grandson, being dubbed the “local hardcore Grampy”.

Besides his loving wife and their 7 rescue cats, John leaves behind his daughter, Diane Fossaluzza (Kenneth);brothers, Norman Kershaw of CT and Thomas Kershaw(Shirley) of Utah; nephew, Matthew Kershaw (Emily) of Utah and his two cherished grandchildren, Linnea and Liam Fossaluzza, who were the joy of his life.

Visitation is on Saturday, February 8th from 10 a.m.-12 p.m. at the D’Esopo East Hartford Memorial Chapel, 30 Carter St., East Hartford, and will conclude with a prayer service and words of remembrance with reception to follow. For online expressions of sympathy to the family, please visit www.desopoeh.com.

John was a great guy and his is a huge loss to our racing fraternity. Our membership remembers him fondly,  and sends our thoughts and prayers to his surviving friends and family.