The next Director’s meeting of the New England Antique Racers will be at the Thompson Speedway Lounge on Tuesday, October 20, 2020 at 7:00 p.m. Topics will include the Modified Model Raffle winner, planning for the next Newsletter and the Annual Member’s Meeting in early 2021. Attendees are reminded to bring/wear a mask for indoor protection/social distancing.

The Monthly meeting has been postponed from Tuesday 9/15/20. A new date will be announced as preparations were incomplete due to our active running schedule. When this President can catch up with things we can reconvene. Thanks for your patience.

Attention: We have been told 9/9/20 that the pits will open for NEAR at 11a.m and practice at 12 noon!! Please spread the word!

The next NEAR running show is at White Mountain this Saturday, Sept.12, 2020. Pit gates open at 11:00 a.m. with practice at noon. Racing starts at 6 p.m. We expect a good turnout of cars for both Sportsman and Modified divisions. See you all there!

Wishing a very Happy 80th Birthday to R.A.Silvia, our resident racing historian. R.A. has more New England racing knowledge in his head than most any museum on the planet. Enjoy, my friend, and many more!!

We have an addition to our 2020 schedule of events! Priam Vineyards has asked us to participate in a large car show on Sunday, 9/20/20. Food and drink will be available. The NEAR Hall of Fame Truck will be there, along with many member cars on display.$10.00/car, spectators free, proceeds benefit The Ron Bouchard Racing Museum and New England Antique Racers.. Muscle cars, race cars, lots of classes with no year cutoff. Going to be a great day! Just added- Hop Culture will be there to service all beer drinkers!!

Attention: The NEAR event planned for Limerock on Sunday, Sept. 6, 2020 has been taken off our schedule. Tickets need to be purchased in advance due to COVID 19 restrictions. No complimentary tickets are available for our club members attending that day. Hopefully we can return in 2021.

Ronald “Ronnie” N. Wyckoff, 80, passed away peacefully on August 27, 2020 at LiveWell in Plantsville. Ronnie was born in Pennsylvania on August 15, 1940, son of the late Joseph and Helen Wyckoff. Ronnie was a heavy equipment mechanic working for H.O. Penn Caterpillar for 35 years. He was a legend and an accomplished race car driver. His love and passion for the sport of auto racing saw him an admired competitor, loved by fans and a respected winner, driving cars at: Plainville Stadium (where he was an active part of their annual reunions), Riverside Park Speedway, Stafford Motor Speedway and New London-Waterford Speedbowl. In 2014, Ronnie was inducted into the New England Antique Racing Hall of Fame. This is an honor bestowed upon racers by their fiercest competitors, car owners and a select Board of Historians. Ronnie was truly humbled and it was one of his greatest honors to be presented with this prestigious award. Ronnie is survived by his loving family, daughter and son-in-law, Ronalee and Steven Herz, two grandchildren; April Herz and Tyler Herz, a sister Karen Reid and several nieces and nephews. He was predeceased by his sister, Janice Armitage. Ronnie’s family would like to thank the staff at LiveWell for the love, care and compassion they provided to him. A special thanks for the Angels who entered into his life: Linda, Irene and Samantha. In lieu of flowers, memorial donations may be made to LiveWell, 1261 S. Main St, Plantsville, CT 06479, to the Alzheimer’s Association, 225 N. Michigan Ave, Fl. 17, Chicago, IL 60601 or to NEAR P.O. Box 492, Bradford, VT 05033. Calling hours will be held on Sunday, October 4, 2020 from 1:30 p.m. – 3:00 p.m. at the Plantsville Funeral Home, 975 S. Main St, Plantsville. A private memorial service will be livestreamed before the calling hours starting at 1:00 p.m. To attend the service, please visit https://client.tribucast.com/tcid/29189060. For online condolences and directions, please visit www.plantsvillefuneralhome.com

It is with a heavy heart that we report that NEAR HOF driver Ron Wyckoff has passed early this morning. Ron has suffered from Alzheimer’s/dementia for a few years.

Florida born, Ron came to Connecticut in the early 1960s and started racing in Plainville Stadium’s Novice division. Moving to Modifieds, he was a winner at Plainville and Riverside Park – three straight Riverside 500s, 1974 through ’76 – and a steady competitor at Stafford, Thompson and Waterford.

Ron was very popular in the grandstands and in the pits. He was very good on equipment, evidenced by the list of top cars he drove – Czarnecki 20, Berndt 54, Simons 9 – Ron’s expertise in long-distance races was legendary-including the 1978 – 250 lap Riverside Park Triple Crown Series finale. He retired in 1983.

Ron was a fixture at the Plainville Stadium Reunions the last 10 years or so. He will be dearly missed by all his friends, fans, and admirers. We will update this post as arrangements become clear. 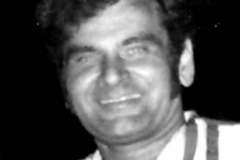 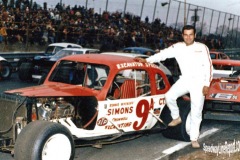 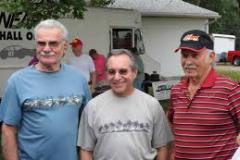 Saturday, August 22, 2020 NEAR will have another running event at the Bethel Motor Speedway in White Lake, N.Y. Pit gates open at 3 p.m. We need a few folks to commit to this show, as we are in Claremont, N.H. the night before. Please call or text Rich at 860-209-7343 if you are planning on attending.

The competitors of NEAR are converging at the Bear Ridge Speedway in Bradford, Vt. This Saturday 8/15/20. Sign in starts at noon with pit gates open at 3 pm. A full slate of race events is on tap for the Sabil & Sons Old Timers Night. Seven divisions will be competing for the wins. NEAR cars will be on static display on the midway and do parade laps during the evening. Hope to see a great crowd at Butch Elm’s place and great weather, as well!!