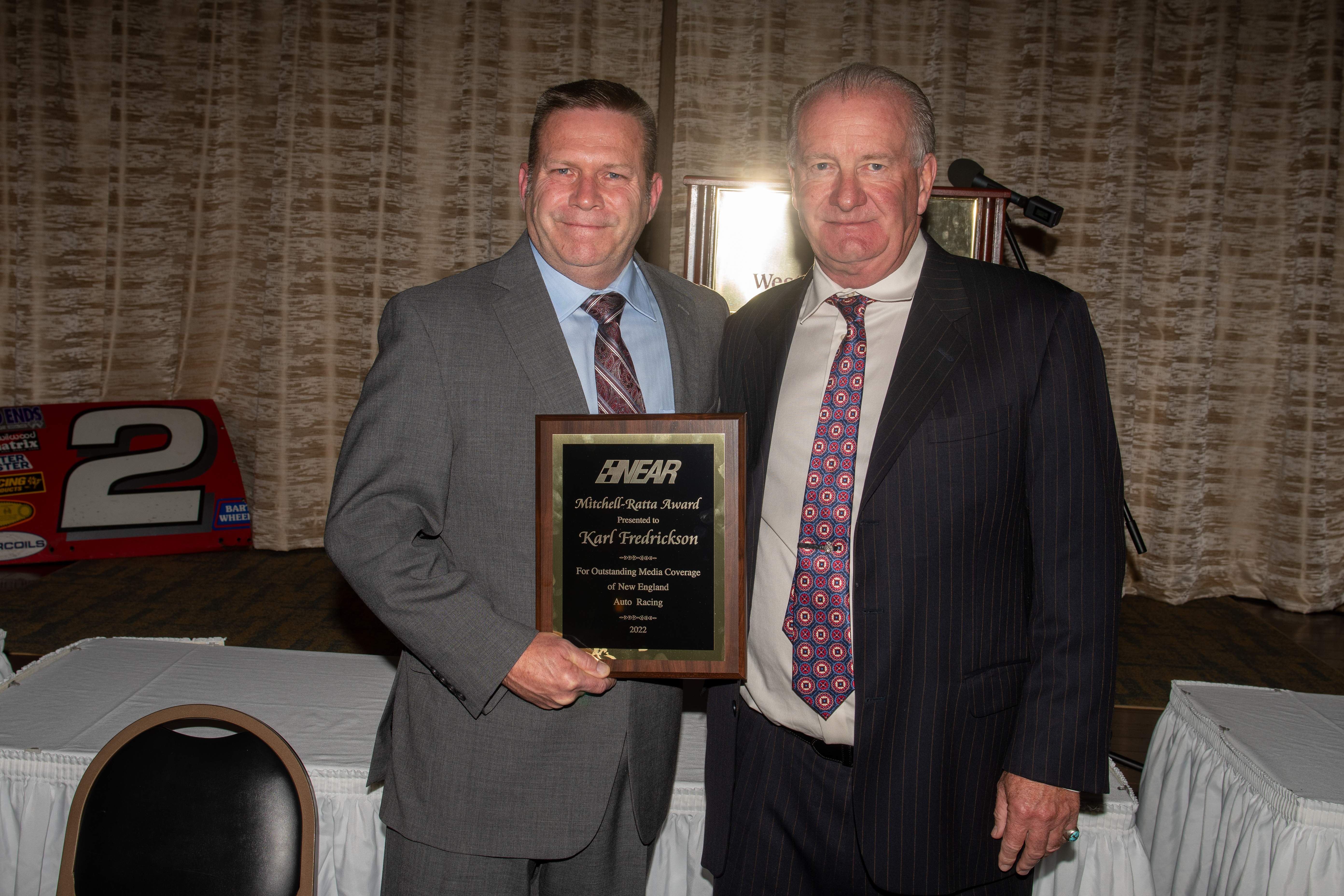 The Mitchell/Ratta memorial Media Award for outstanding media coverage of New England racing your 2022 winner Karl Fredrickson.
Karl Fredrickson has earned a living as a professional auto racing journalist for thirty years. Starting as a non-salaried contributor, his work was so good Karl was elevated to paid full-time writer and photographer at Stock Car Racing and Open Wheel magazines.
In 1999 the magazines were sold and the entire staff of what at the time was the most successful auto racing magazine in the country was let go. Karl wasn’t about to give up being an auto racing journalist.
With Karl’s help, an effort to launch a new auto racing magazine found success months after Stock Car and Open Wheel were sold and Karl was hired at the new Speedway Illustrated magazine where he went on to become its editor. The magazine was eventually sold to a Kansas firm that made dramatic personnel cuts, eventually leading to the magazine’s closure.
Again, Fredrickson refused to give up. He sought and successfully secured funding to buy Speedway Illustrated out of bankruptcy and for the last 12 years he has run it as publisher and lead writer.
Karl and his wife Christine along with their two daughters are the driving force behind one of the only auto racing magazines to survive in a world that doesn’t read anything longer than a tweet. Karl’s writing and photography have earned first place honors in many journalism competitions. His magazine supports the sport’s fans and those who participate in it.
He is nationally recognized for playing a major role in promoting the popularity of local-level auto racing. Karl is a solid tell-it-like-it-is writer whose monthly magazine helps racers go faster and race more safely while spending less.