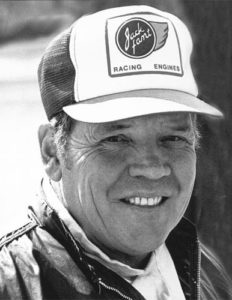 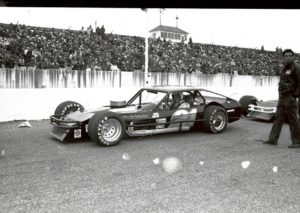 George J. (Tucker) Summers, 83, a lifelong Upton resident, passed away as peacefully as he had lived, on January 4th, 2019, at St. Vincent’s Hospital in Worcester, holding the hand of his wife of 63 years, Margaret A. (Kneeland) Summers.

Born August 21, 1935, to Mary Ellen (Van Riper) and William Reed Summers, he was the youngest of eight children. He is predeceased by six of his siblings: Janet Stockwell (and her husband Richard), Mary Strachen (and her husband James), William Summers, Barbara Knapik (and her husband Eugene), Cecelia Grynsel (and her husband Edward) and Charles Summers.  He is survived by a brother John Summers (and his wife Gloria) and a sister in law, Loretta Costello Summers.

Educated in the local Upton Grammar school, George attended high school at Worcester Boy’s Trade.  At the age of sixteen, he left school and became a self-made man. In 1952, he went to work driving trucks and operating heavy equipment for local construction companies.  In 1962, George bought his first truck “Ol’ Slow Poke“ and started his trucking business, which now boasts 6 trucks and continues today as George J. Summers Trucking, Inc.

In 1952, George embarked on an auto racing career as a hobby.  For thirty -one years, he raced up and down the east coast from Maine to Martinsville, VA. He had over two hundred career victories, a hundred of them at the Seekonk Speedway, where he holds the title of “Most Career Wins“ in the racetrack’s history.  He also holds the title for the “Most Consecutive Wins“ in one season at the same track. At Seekonk, George also won two track championships, the first one with the Ken Curly modified #31 in 1967.  The second championship was seven years later in 1974, in the Connie LaJoie modified #21.  In 1976, George won the Governor’s Cup Open Competition Series in Oxford Plain, ME. driving the W.D Smith late model #35. He won the last two races of his illustrious career in the Art Barry modified #21 at Oxford Plains Speedway and the following weekend at Thompson Speedway in Connecticut.

Upon his retirement from racing, George became an avid golfer and was a member of the Westboro Country Club.

In addition to his wife Margaret, George is survived by his four children: George Jr. of Somerville, MA, Mary Summers Cortese and her husband Joe of Upton, Richard Summers and his wife Natalie of Upton, and Kathie Summers Grice and her husband Roy, of Cumberland, ME. He is also survived by his four grandchildren and one great grandchild. Ever the family man, whenever he was racing, his family would travel with him from one race track to another during the racing season. When he wasn’t racing, he was very much invested in the aspirations and activities of his children and much later on, in those of his grandchildren. It should also be noted that in his 31 years of racing, George never missed a Sunday mass.  Wherever he and his family were on a given Sunday, they would attend a mass at one of the local churches before the racing event that day.

His funeral Mass will be celebrated at 10 AM on Saturday, January 12th, in St. Gabriel the Archangel Church “The Farm“, 151 Mendon Street, Upton.  Burial will follow in Lakeview Cemetery.

Calling hours will be held on Friday, January 11th, from 3 to 8 PM in the Williams-Pedersen Funeral Home, Inc., 45 Main Street, Upton.

Donations may be made to: