Word arrived from Florida that 1999 New England Auto Racing Hall of Fame inductee Leo Cleary has passed away at age-88.

Upon hearing of the news, award-winning Hall of Fame auto racing journalist Pete Zanardi stated the following; “Leo, from Massachusetts, was truly one of New England’s short track pioneers with a career stretching all the way back to the days of early tracks such as Dracut, Groveland, Topsfield, West Peabody, Medford Bowl, Norwood Arena, and Westboro. He raced and won all over the region, and was always in high-demand with the best teams. His era included some of the greatest names in the history of modified racing.”

Arrangements are incomplete at this time. The entire NEAR family extends its sincere condolences to Leo’s family & many friends.

Below is an excerpt from his New England Auto Racing Hall of Fame Biography. Accompanying photos are courtesy of the Dave Dykes’ Racing Through Time website.

Ask most retired drivers what tracks they raced at, and you might get the name of one, two or maybe a half dozen tracks. Ask Leo “The Lion” Cleary and you had better have some time to listen. Leo competed at the Medford Bowl, Lonsdale, Norwood, Catamount, and Westboro. Among active tracks, he raced at Thompson, Seekonk, Stafford, Martinsville, Oswego, Waterford, and New Smyrna, along with several others.

At age 58, when most people are busy planning their retirement, Cleary was busy planning his season at Seekonk, where he took down the 1986 pro stock championship. The next year, the 59-year-old Cleary switched to mini modifieds, again winning the Seekonk Championship. When Aetna Insurance transferred Cleary to Florida in 1988, most people, including Leo himself, figured that was the end of his racing. That’s when Vic Kangus convinced him to hop into his Florida modified, which he drove until 1993, when, at age 63, he suffered four broken ribs, and hung up his helmet for good.

Leo Cleary’s career spanned six decades. He has progressed from the early stock jalopies to the modern mini mods, pro stocks, and modifieds.

Just got the word from Ed Gendreau about the Leo Cleary Memorial that will be held at the McGoun-Biggins Funeral Home on 135 Union St. in Rockland, MA 02370 next Friday, March 3 from 5-8 pm. Expect to see a lot racing folks turn out for this memorial because Leo had a lot of fans and friends.

Next NEAR Monthly Meeting 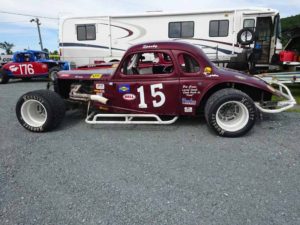 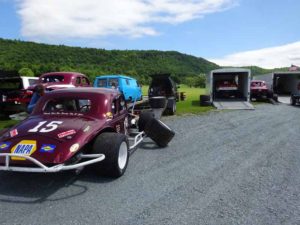 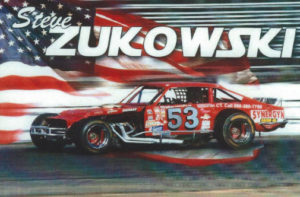 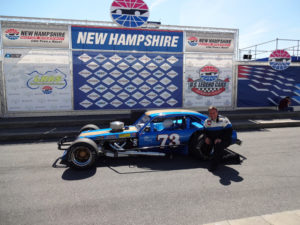 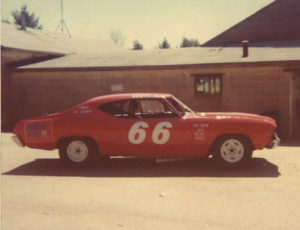