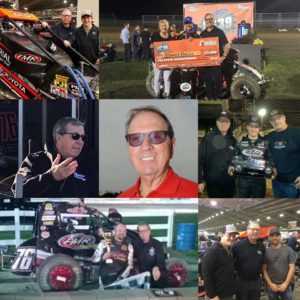 (February 1, 2020)………Frank Manafort, whose FMR Racing cars drove to victory lane eight times in USAC NOS Energy Drink National Midget competition with drivers Brady Bacon and Jason McDougal over the past four seasons, passed away February 1, 2020 at the age of 78.

Manafort, originally from the northeast, but residing in Palm City, Fla., was the owner of the winning car in several marquee events with the series between 2016 and 2019.  His first victory came with Brady Bacon behind the wheel for a $20,000 payday at the Jason Leffler Memorial at Wayne County Speedway in Wayne City, Ill. in 2016.

In fact, Bacon accrued six of Manafort’s eight wins as an owner with the series, including a two-night sweep of the Kokomo Grand Prix at Kokomo (Ind.) Speedway in 2017 and a win in the penultimate round of the season, the November Classic at Bakersfield (Calif.) Speedway.  FMR and Bacon continued its winning ways in 2018 with a score in the inaugural BC39 at The Dirt Track at the Indianapolis Motor Speedway.

“So sad to hear of the passing of Frank Manafort this morning,” Bacon posted on Twitter Saturday morning.  “Racing for FMR has been a highlight of my career.  Frank was a great friend and great man.  We will miss you my friend.”

Additionally, Manafort won 39 times as a car owner with the USAC DMA Midget series between 2013 and 2016.  His teams swept all 13 races on the schedule in 2016, the first two with Josh Sunn and the final 11 with Adam Pierson.  The 11-race win streak by Pierson in Manafort’s car tied the record for the longest winning streak in USAC history with Billy Boat’s 1995 Western States Midget season.  Together, Pierson and Manafort won three-straight USAC DMA titles between 2014-15-16. 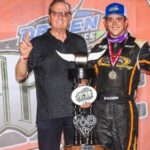