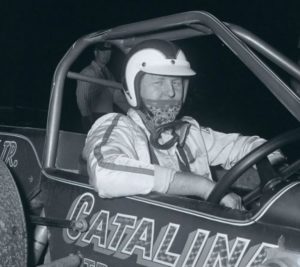 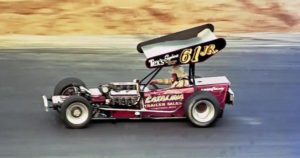 Gutted to learn that Supermodified hero Eddie West has passed. Chatting with Westy at the annual New England Auto Racers (NEAR) Hall of Fame dinners always made that great day even better. Naturally, he was an inductee, part of the NEAR HoF Class of 1999. Some called him “the Golden Bear,” but his coolest nickname was “Goin’ West,” and if he was on the track he was generally goin’ toward the front. Eddie is second on the New England Supermodified Racing Association (NESMRA) all-time win list, with 106 victories from northern New England to Vero Beach, Florida. He was also a six-time track champion at New Hampshire’s Star Speedway, where he won New England’s biggest Supermodified race, the Star Classic, three times. Before Star Speedway existed, Eddie won the Can-Am Classic at nearby Lee Raceway. One last thing: for much of his adult life, Westy suffered from brutal arthritis. There are stories of him popping aspirin as if they were M&M’s just to dull the pain enough to climb in and out of his race car. So anytime you start trying to define what the word “tough” means, consider Eddie West racing in pain, winning in pain, and walking through life in pain, masking it all with grace and a smile. Thinking today of his family, his wide circle of friends, and the entire Supermodified community. There goes a legend. — Bones