The Near crew had their most recent running event at the Riverside Raceway in Groveton, N.H. this past Saturday 8/1/20. The track crew and the rest of Mike Humphrey ‘s staff made it a very enjoyable and smooth running event. There was plentiful practice time with 8 lap heats paired with 15 lap features for both the Sportsman and Modified divisions. Victims of mechanical woes were Greg Gilbert and Art Merchant, who were wicked fast but could not make the features. And boy oh boy was it hot!! Curt and Lois Snow provided a nice lunch after the driver’s meeting and many good racing stories ensued. Then it was time to get down to business! 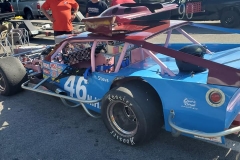 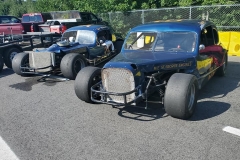 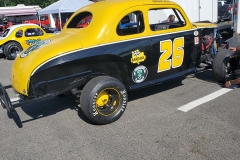 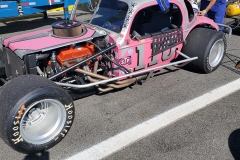 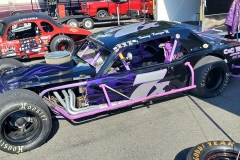 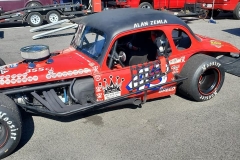 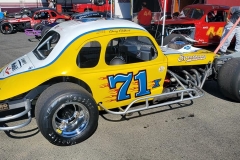 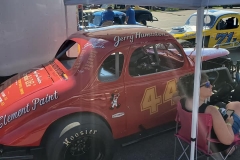 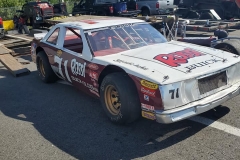 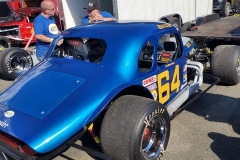 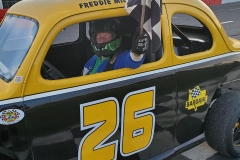 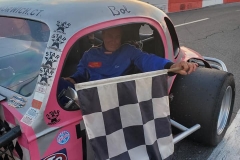 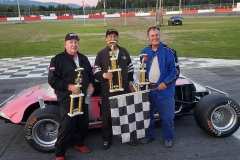 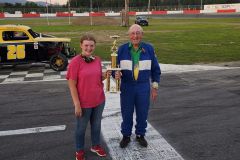 Scott DeCota started things off taking down the win in the Sportsman heat. Then Tommy Trempe led from the start to nab the Modified heat. After a short break, it was feature time. The Sportsman were 5 strong with Jerry Humiston, Pete Marshall, John Adams, Scott DeCota, and Greg Stiles starting the race. Jerry got off to a great start, leading Pete for 14 of the 15 lap contest. On the last lap Pete dug down deep and thundered up the outside to take the lead and the win. Jerry settled for second, while John Adams crossed the line in third. In the Modified event, Jim Allen started on point with “Downtown” Ken Brown in second, Tommy Trempe in third, Curt Snow fourth, and Alan Zemla taking up the rear. Jim held the early lead followed by Ken and Curt Snow. Curt managed to get into the top spot by lap 10, with Jim Allen runnerup and Alan Zemla in for third. Overall, it was a great showing for both divisions. Thank you to all the racers involved who supported this event!

After the features were over, a youngster in the pits came over who loved the modified cars. Curt Snow put him in the car, and second place finisher Jim Allen sent him home with his trophy for the night!! The boy was very excited and happy, as were his parents. So happy to be associated with so many first class folks who put on these shows. Thanks so much, guys!!