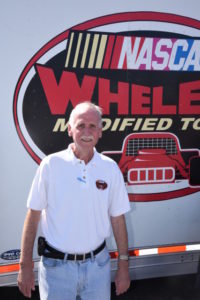 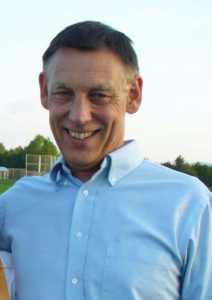 Bearing the names of respected motorsports writers Charlie Mitchell of the Norwalk (Conn.) Hour and Jack Ratta of the Manchester (N.H.) Union Leader, the annual award recognizes reporters dedicated to racing in the region.  Past recipients include writers Chris Economaki and Mark “Bones” Bourcier, and radio host Dave Moody.

Danko and Herzig will be honored at the NEAR Hall of Fame induction ceremony on Sunday, November 12, at Maneely’s Banquet Hall in South Windsor, Connecticut.  For more information including placing a ticket order, visit the official NEAR website at www.NEAR1.org.

Southington, Conn., native Danko is an open-wheel asphalt Modified racing authority, having covered the ground-pounders for over 40 years. Disappointed by a lack of coverage in his local newspaper, Danko took it upon himself to begin documenting the races at Plainville Stadium in the late 1970s for the New Britain (Conn.) Herald.  He soon branched out to Stafford Motor Speedway, Thompson Speedway, and Riverside Park, and eventually covered races from Maine to Florida to Indianapolis.

Danko has spent the last 30 years covering the NASCAR Whelen Modified Tour for Area Auto Racing News, and has also worked at the last 20 Daytona 500s.  He recently recalled a colorful experience sitting between Charlie Mitchell and Jack Ratta in the press box at Daytona International Speedway years ago: “Ithink they believed I needed some looking after,” he fondly remembered.  “They were both great writers and personalities.”

Herzig, a native of Charlestown, N.H., has been a respected racing journalist and publicist for 20 years with prolific contributions to some of New England’s most recognizable daily newspapers, including the Manchester Union Leader and the Barre-Montpelier (Vt.) Times Argus.

The well-traveled Granite Stater first cheered on his father, driver Ken Herzig, as he raced against NEAR Hall of Famers Sonny Rabideau and Roy Forsythe at the Cheshire Fairgrounds and at Claremont Speedway in the mid-1950s.  Herzig pitched to future Baseball Hall of Fame catcher Carlton Fisk in high school, is an accomplished blues musician, and has also covered horse racing and high school and college sports for many years.