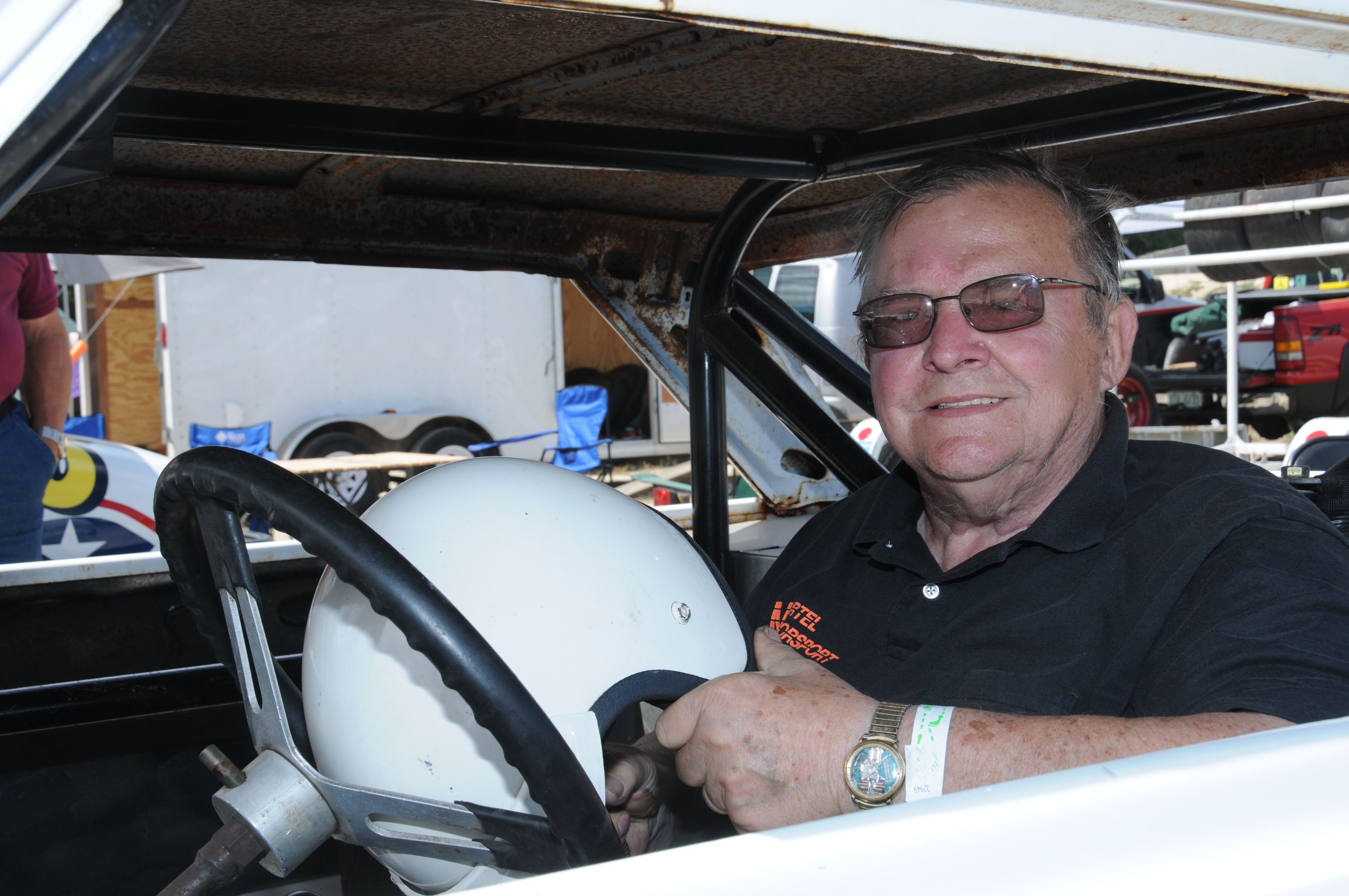 The racing world and a storied family has lost a grand champion.
Gentleman Jim Martel led a storied racing career during which he won two Late Model championships during Star Speedway’s most competitive years for that class.
His time behind supermodified steering wheels produced spectacular results. He accomplished the impossible by winning a feature race at Thompson with its long straights while driving the short wheelbase Snapp Six, a car that was notoriously skittish on straightaways.
Driving Skip Matczak’s sprint car, Jim won Claremont the first time he ever raced anywhere on dirt.
He later won at Beech Ridge on dirt and earlier had successfully raced coupes and cut-downs on asphalt.
His best year was 1970 when he won 21 feature events and the track championship driving his late model at Star Speedway. Despite his record of dominating wins, fans always cheered Jim. Never did the grandstand boo even when he defeated a popular driver.
Son Scott helped Jim to wins as a crew member. Jim helped his son Scott to supermodified wins as his crew chief. Father and son were classy top racers who drove sophisticated cars to victory.
Jim earned the “Gentleman” nickname because that’s what he was. Usually. There was the day at Lakeville where he was bunted by “Wild Man” Wayne Dunham. When the race ended, Jim visited Dunham in his pit and urged him to get out to settle the score. When Dunham wisely refused, Jim hopped atop the Dunham’s hood on which he jumped up and down before the incident was broken up.
He was devoted to his wife Barbra during nearly 60 years of marriage which produced five kids: Scott and his late brother Keith, Cheri, Lori, and Marci.
For more than 50 years Jim successfully ran his garage business in the small auto racing-focused town of Ipswich, MA. He was an excellent mechanic, charged a fair price and was honest. That’s how he served customers who returned to Jim’s garage for decades in the small town where he lived and worked.
Jim was inducted into the New England Auto Racing Hall of Fame in 2014.
His most lasting contribution to New England auto racing is the fleet of race cars he restored. Jim’s hands were on several cars that have appeared on display at the New England Racing Museum.
Jim joined the board of Directors of the New England Racing Museum where he served with distinction until health issues forced his exit.
Calling hours will be on Sunday, Oct 2 at the Whittier-Porter Funeral Home, 6 High St., Ipswich, MA 4-7pm. A funeral will be held at the Our Lady of Hope, 1 Pineswamp Rd., Ipswich, MA at 10am on Monday, Oct 3.
In lieu of flowers, please donate to the New England Racing Museum, 922 Rt 106, Loudon, NH 03307